NowThis: How To Stay Politically Active While Social Distancing 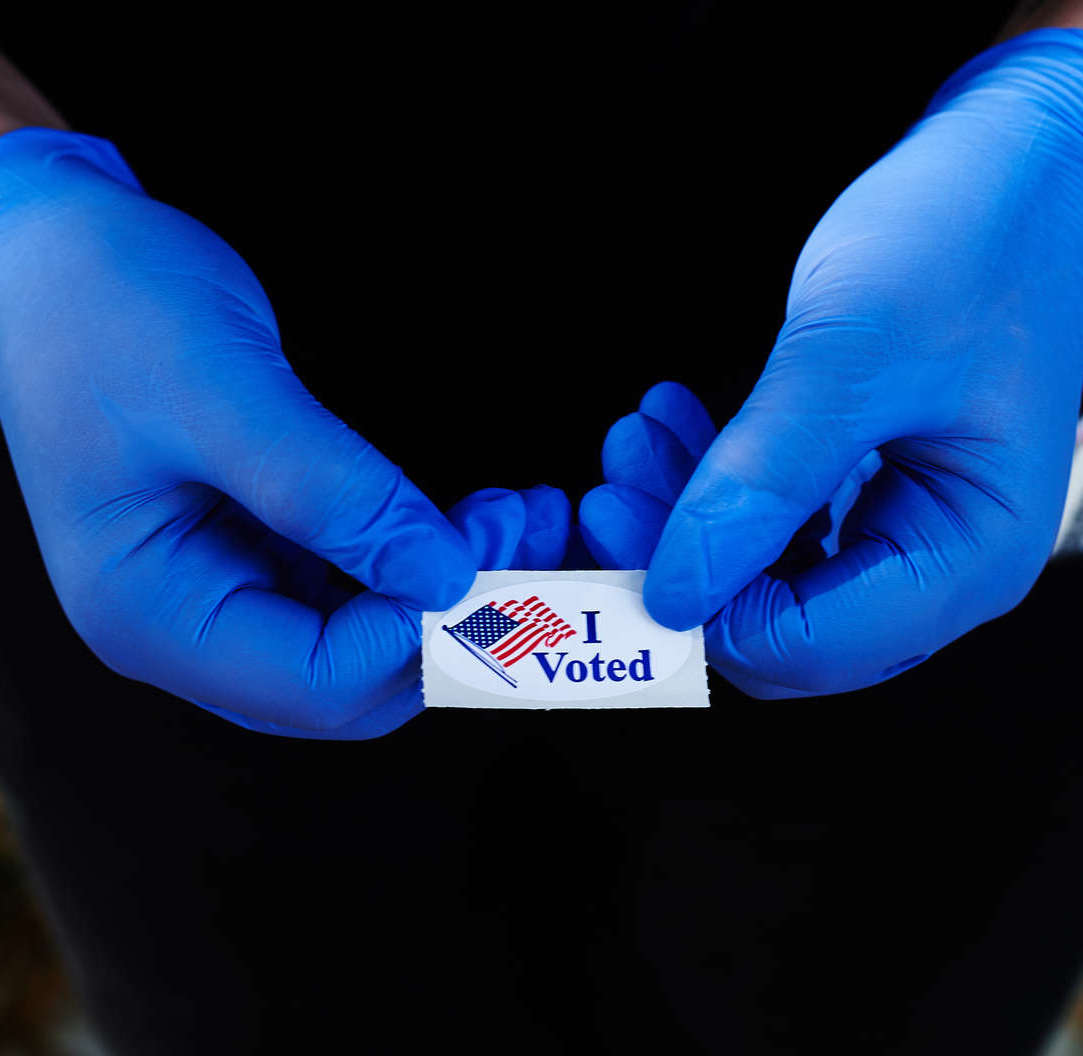 While every U.S. state has eased restrictions put in place to stop the spread of the coronavirus, social distancing is still widely encouraged amid the pandemic, which happens to coincide with a major election season. Even though crowds and congregating — including rallies, political events and neighborhood canvassing — will be rare for the foreseeable future, people can still be politically active while they’re indoors. Below are a few ways to stay politically engaged while adhering to measures meant to keep crowds at a minimum.

The presidential candidates deserve our attention, but plenty of other candidates are running in state and local elections this year. Local governments’ decisions regarding transit, rent costs, schools and alcohol/cannabis ordinances can impact voters more directly than federal legislation does. State governments also tend to take action on issues that they feel the federal government isn’t making progress on including coronavirus response.

Many candidates, including Mondaire Jones, who is running for New York’s 17th congressional district in Rockland County, have said that the virus outbreak has spotlighted the disconnect between the federal government and the needs of citizens.

“This crisis that we are experiencing right now shows the failure of members of Congress to really grasp that working people desperately need their interests prioritized, and need the government to finally work for them,” Jones told NowThis. “And when I think of something like a one-time, $1,200 check, it is such a huge slap in the face,” he said, referencing the federal relief payments, “Especially to the people in my district, where we are ground zero for the high cost of living in this country, including the housing affordability crisis.”

To continue campaigning, Jones said his team has been phone banking, texting and creating video/social content to connect with voters.

“We’re leveraging and relying more heavily than ever before on activists in the community to really spread the word and do it in creative ways,” he explained.

All 435 seats in the U.S. House of Representatives, including the one Jones is running for, are up for election every two years—so popular congressional reps like AOC and other members of #TheSquad are up for reelection this year. Senators are elected to six-year terms; this year, there are 35 Senate seats up for election.

Resources like FiveThirtyEight can help voters follow individual races. State and local elections take place at various times throughout the year, so make sure to also check with your state or local election office to learn if any are coming up where you live.

Candidates are conducting virtual roundtable discussions and town halls in lieu of rallies and campaign events. At these events, voters can learn about issues that candidates care most about and what their plans would be if elected to office.

Since personal appearances and door-to-door canvassing aren’t currently an option, campaigns have doubled down on text messages and phone calls asking for people’s support. Fortunately for them, people are more willing to pick up the phone while sequestered at home, according to the New York Times.

Support issues and organizations that you care about

Voting for like-minded candidates is important, but plenty of grassroots organizations also need support and donations. Websites like GoFundMe and ActBlue, a progressive grassroots fundraising platform, are helpful resources for finding efforts in need of promotion and donations. And though it’s difficult to focus on issues other than the pandemic right now, civil rights, immigrant and reproductive rights organizations including Planned Parenthood and American Civil Liberties Union are always in need of donations.

Run For Something which recruits young progressives to run for office nationwide, also accepts donations and has many opportunities for volunteers who want to donate their time. “Local races are where power actually comes from,” co-founder Amanda Litman said in an op-ed for NowThis last year, highlighting how down-ballot voting can help fight gerrymandering, abortion bans and voter suppression.

Mutual aid efforts have also increased during the pandemic to help vulnerable members in communities around the country. Mutual aid networks are groups of people that care for one another and provide support, especially in times of crisis, by organizing fundraising efforts and services like grocery distribution. Many community members are organizing these groups through Google Docs and Slack groups.

Voting rights advocates have pushed for making voting more accessible via mail-in ballots, so people don’t have to compromise their health by voting in person. In response to safety concerns caused by the virus, states including California have allowed all registered voters in the state to vote by mail in the November 3 election. In April, former First Lady Michelle Obama also announced her support for expanded voter access through the Natural Disaster and Emergency Ballot Act of 2020, which suggests several reforms to ensure elections can continue amid natural disasters and pandemics.

Plus1Vote, a campaign that encourages and empowers more people to vote, is also supporting Vote From Home 2020, a grassroots project working to get absentee ballot applications to “dual-risk voters,” or those that are most at risk of both the coronavirus and not having access to a ballot box as voting in person becomes more dangerous.

Vote From Home 2020 is targeting the states of Michigan, North Carolina and Pennsylvania, which allow any voter to request a mail in ballot without needing an excuse, but historically have very low rates of voters using vote by mail. According to info available on their website, when states switch over to voting by mail on their own, there is an initial decrease in turnout, particularly among low income and communities of color. So the project is sending those voters additional applications with pre-paid return postage as well as instructions on how/why they can vote by mail, and following up with calls and texts from grassroots volunteers.

Know how to submit an absentee ballot

An absentee ballot allows you to vote by mail in place of voting in person. Advocates around the country are trying to make voting by mail more universal in 2020, since it poses less of a health risk than voting in person. Though rules are subject to change in the coming months, some states require voters to provide an excuse for voting absentee, while others offer no-excuse absentee voting. Make sure to check if your state has eligibility requirements for absentee ballots, as well as the deadline for voting absentee in your state.

Fill out your census form

This once-in-a-decade operation doesn’t merely count the country’s population—it helps determine how much political power and federal money is allocated to different communities, using statistics that will not change for another ten years. Census data is used to distribute congressional seats and Electoral College votes. It also determines how hundreds of billions of dollars in federal funding is allocated for programs like Medicaid, Head Start and block grants for community mental health services — so getting an accurate count is crucial.