Fast Company: This group will make sure swing state voters get a mail-in ballot so they don’t have to risk in-person voting 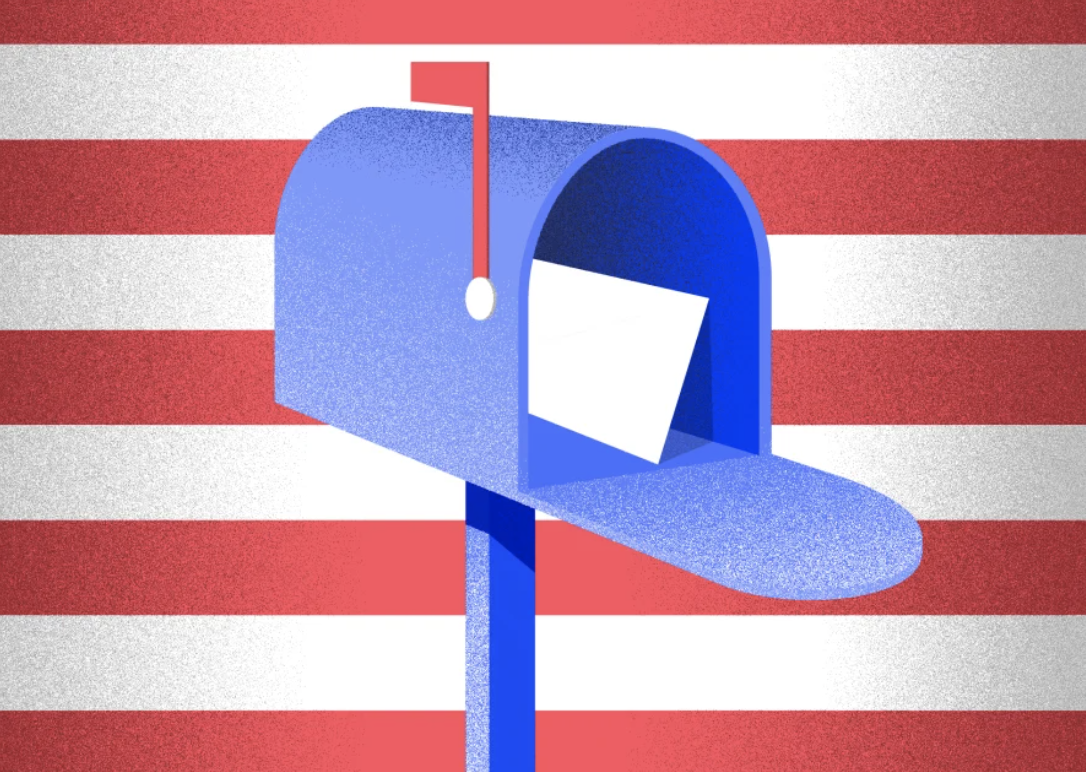 Vote From Home 2020 will target voters in Pennsylvania, Michigan, and North Carolina who are most likely to be affected by both the coronavirus to make sure they know how to vote by mail.

An election during a pandemic isn’t unprecedented in the U.S.—midterms took place in 1918, during the Spanish flu outbreak—but this is the first time that voting by mail will be an option in the majority of states.

In order to actively increase access to mail-in ballots, an organization called Vote From Home 2020 launched on May 13, specifically to help mobilize almost half a million “dual-risk voters”: those citizens most at risk of both the coronavirus and not having access to the ballot box as voting in person becomes more dangerous. The goal of the partisan group, created by two experienced Democratic organizers, is “preventing Donald Trump from using a public health crisis as a tool of voter disenfranchisement.”

In swing states, the organization will directly send to those dual-risk voters ballot request forms, which they can then return to the county clerk’s office to receive their mail-in ballots. It’s an effort to balance the scales, which are already tipped: despite Trump’s attempts to counter voting by mail, studies have shown that older, white voters, who tend to vote Republican, are more likely to request absentee ballots. Conversely, younger, minority and lower-income voters, who tend to vote Democratic, are less likely to do so.

The idea germinated before the “terrifying” Wisconsin primary, when Suzy Smith, the organization’s cofounder, was making get-out-the-vote calls and frequently heard that people were too fearful for their health to vote—or even to deposit their mail ballots if they had them. “Folks felt really disempowered and hopeless, and we want to make sure that that’s not the case in November,” Smith says, explaining why they’re getting a head start in offering these tools to voters now, six months before the election.

Smith was most recently a Nevada state director for Elizabeth Warren, and worked on the campaigns of Barack Obama in 2012 and Houston mayor Sylvester Turner. Her cofounder, Ben Tyson, worked on the 2008 Obama campaign, helped elect Senators Claire McCaskill and Michael Bennett, and met Smith while working for Jason Kander in Missouri.

Most of the “dual-risk” voters they’ll target are people of color. Many of these ethnic groups have been hit especially hard by COVID-19, because of factors like city dwelling in crowded conditions, chronic health issues, lack of health insurance, and work in essential industries. In Chicago, 70% of COVID deaths have been African Americans, even though they represent 30% of the population. If the virus is still lingering in November, it’s imperative that these black, Latino, and Asian American voters don’t go to the polls in person if they can help it.

The organization is also fighting against a tide of voter suppression: a Texas law does not allow anyone under 65 to vote by mail without an excuse, and the state’s attorney general recently said that COVID is not a valid excuse to vote by mail. “I think it’s indicative of a lot of Republicans’ takes on on the pandemic: sacrificing people’s lives in order to implement and keep these draconian voting laws, which ultimately help keep them in power,” Smith says.

So, the group will be focusing on the states that do allow mail voting. For now, it will target three swing states: Michigan, Pennsylvania, and North Carolina, all considered key battlegrounds if Democrats want to win back the White House. Those states are all “no-excuse” states, meaning they’re three of the 34 (plus D.C.) that don’t require a reason from voters to send absentee ballots, but they are also ones that have historically had low levels of absentee voting; an average of 12.9% of voters in those states voted by mail in 2016. They’re a starting point, and the founders want to go on to tackle other battleground states, like Florida and Wisconsin.

The organization estimates that about 550,000 of these dual-threat voters reside in the three states it’s targeting (along with Wisconsin). Trump won those states by razor-thin margins in 2016 (note especially Michigan’s margin of 11,837 votes). Trump won Michigan, Pennsylvania, and North Carolina, plus Wisconsin, by just less than 285,000 votes.

Harnessing the work of volunteers—”progressive activist power”—the organization intends to take grassroots donations to fund the mailing of ballot request forms to voters. A $25 donation pays for applications to be sent to 20 voters. They’ll send voters all the information they need, with a checklist, including an envelope and paid postage for them to easily send their applications to the county clerk’s office. They’ve estimated the cost of sending one ballot through this program is $1.24.

Volunteer power is an available resource now, given that Democrats were already “fired up,” Smith says, and ready to knock on doors from Pennsylvania to Nevada to mobilize voters. “That has completely come to a halt.” She says individuals have already signed up and donated already, even pre-announcement. Crucially, volunteers will do follow-up calls to ensure they’re tackling any problems that may arise. And, though they’ll be doing get-out-the-vote calls leading up to election, their focus is “making sure that they get their applications in and that election officials are not overwhelmed by a bunch of last-minute applications.”

Smith wants to eventually help change voting laws in the other states that have so far denied the right to vote by mail—she has a background in policy from her years as executive director of Kander’s political organization, Let America Vote—but they need to get Democrats in office to effect that end goal. And, because money is not unlimited, they’re using a model to make sure they’re targeting the dual-risk voters with highest propensity to follow through and vote.

“There’s going to be a transition period of folks getting used to this,” Smith says. “And we want to make sure that, especially black, Latinx, and [Asian/Pacific islander] voters, know their options and have access to mail-in voting.”